For More About The Lion King movie Click here.

Trace the family tree from Mufasa to Kion. The Lion Guard: Return of the Roar, a television movie event, premieres Sunday, November 22 at 7P on Disney Channel!

Subscribe here for new The Lion Guard: Return of the Roar videos!
https://www.youtube.com/channel/UCw7SNYrYei7F5ttQO3o-rpA

About The Lion Guard: The Return of the Roar:
Join Kion, second born cub of Simba and Nala, as he takes on the leadership of the Lion Guard and assembles of the best and brightest who will help maintain the Prideland and keep the circle of life intact. Kion gathers not a team of lions, as tradition has dictated, but his own Lion Guard team of the Pride Lands’ fiercest, bravest, strongest, fastest, and keenest of sight. But Kion himself must learn the power of his roar before a genuine and lasting peace can come to the Pridelands.

Meet the Lion Guard!
KION — The fiercest, and the leader of the Lion Guard. Kion is the second born cub of Simba and Nala and brother of future ruler of the Pridelands Kiara.

BUNGA — The bravest, and Kion’s best friend and co-conspirator. Bunga is a Honey Badger and adoptive son of Timon & Pumbaa.

FULI — The fastest cheetah in the Pridelands. And a tomboy who takes her position in the Lion Guard very seriously.

BESHTE — The strongest who is friends with everyone in the Pridelands. A happy hippo who is still realizing his full strength.

ONO — The keenest of sight, and the Lion Guard’s intellectual advisor. Ono is an Egret who always has his “eyes in the sky.”

What is it about a bunch of actors parading down the aisles of the Keller Auditorium puppeteering wood, cloth and painted animals that makes an adult tear-up like a 6-year-old who's just met Harry Potter, every Minion and Santa Claus on Christmas morning?... 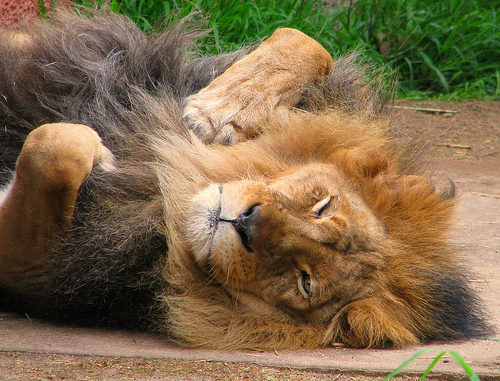