A video essay that re-examines Francis Ford Coppola’s Godfather Part III through the lens of its original title: The Death of Michael Corleone.

The film’s poor reception at the time is measured against contemporary films that fit those expectations – New Jack City, Goodfellas, State of Grace, Bugsy, Donnie Brasco, Casino – and how now the film can be seen for what it was intended to be: an epilogue to the intertwined Godfathers Part I and II.

Essay written by Reece Crothers, edited by Christopher Heron, sound recording by Pavan Moondi and narrated by John Cohen. Reece Crothers would like to dedicate this video essay to ‘Papa’ Conforti.

The Seventh Art is an independently produced video magazine about cinema featuring profiles on interesting aspects of the film industry, video essays and in-depth interviews with filmmakers.

Francis Ford Coppola's "The Godfather Part III" isn't just a disappointment, it's a failure of heartbreaking proportions. Admittedly, "The Godfather" I and II, which ...

2016 is off to a rough start. Less than a month into the new year and we've already lost legends like David Bowie and Alan Rickman, not to mention that 2015 wrapped up with the death of Motorhead's Lemmy Kilmister. Also gone are super producer Run Run...

Twenty-five years ago this month, Francis Ford Coppola gifted moviegoers with a Christmas present many had hoped to see for decades: another chapter in the... 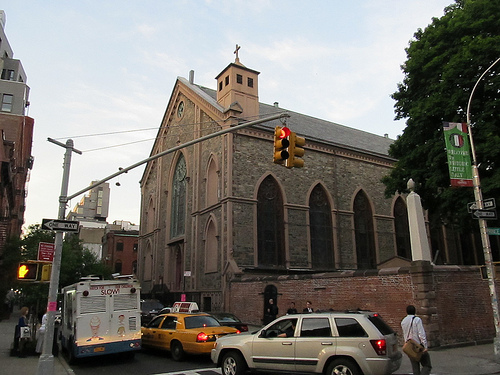 The Basilica of Saint Patrick's Old Cathedral, or Old St. Patrick's, is located at 260-264 Mulberry Street between Prince and Houston Streets in the Nolita neighborhood of Manhattan, New York City, with the primary...